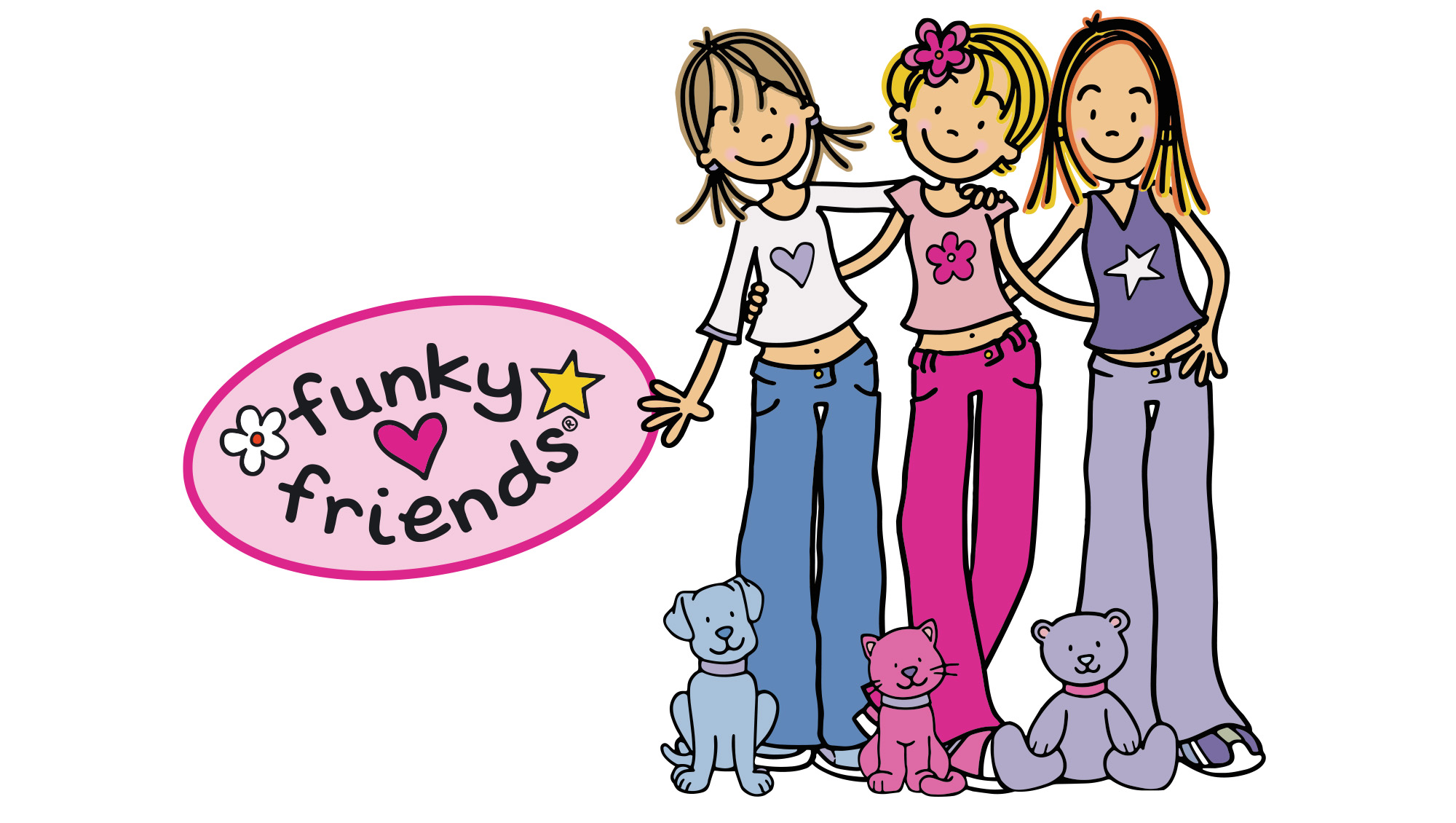 Launched in 1996 the original Funky Friends is Back!

We are excited to announce the return of Funky Friends to the licensing arena for all the 90s girls out there who were slightly obsessed…….!

Originally drawn for use on greetings cards, the Funky Friends, Jessie, Kate and Zoe first appeared on products in 1996 and over the following ten years became the top UK girl brand for the 7- 12 age group.

Funky Friends stationery, bags, giftware, greetings, party, craft, apparel, footwear, cosmetics and bathcare sold through retailers including Tesco, Argos, WH Smith, Woolworths, New Look, Superdrug as well as many independent retailers and by 2006 had a value at retail of £40 million.

As the millennial woman has grown older, she has become more reflective of who she once was and of times past and it appears that she is now rushing to get her hands on some nostalgia!

She is thinking back to when she was younger and enjoys reminiscing about her adolescence because we always think of it as ‘simpler’ times devoid of adult responsibilities!

We are delighted to be offering this nostalgic girl’s brand in key categories to its original audience now in their 20s and 30s.

Friends help you celebrate good times and provide support during bad times – they increase your sense of belonging and purpose and recent times have proved, perhaps more than ever before, how empty life can feel without them.

For anyone wishing to take a trip down memory lane please visit https://www.funkyfriendsoriginal.com 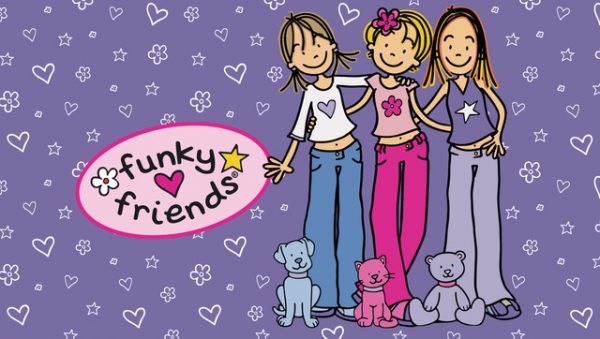