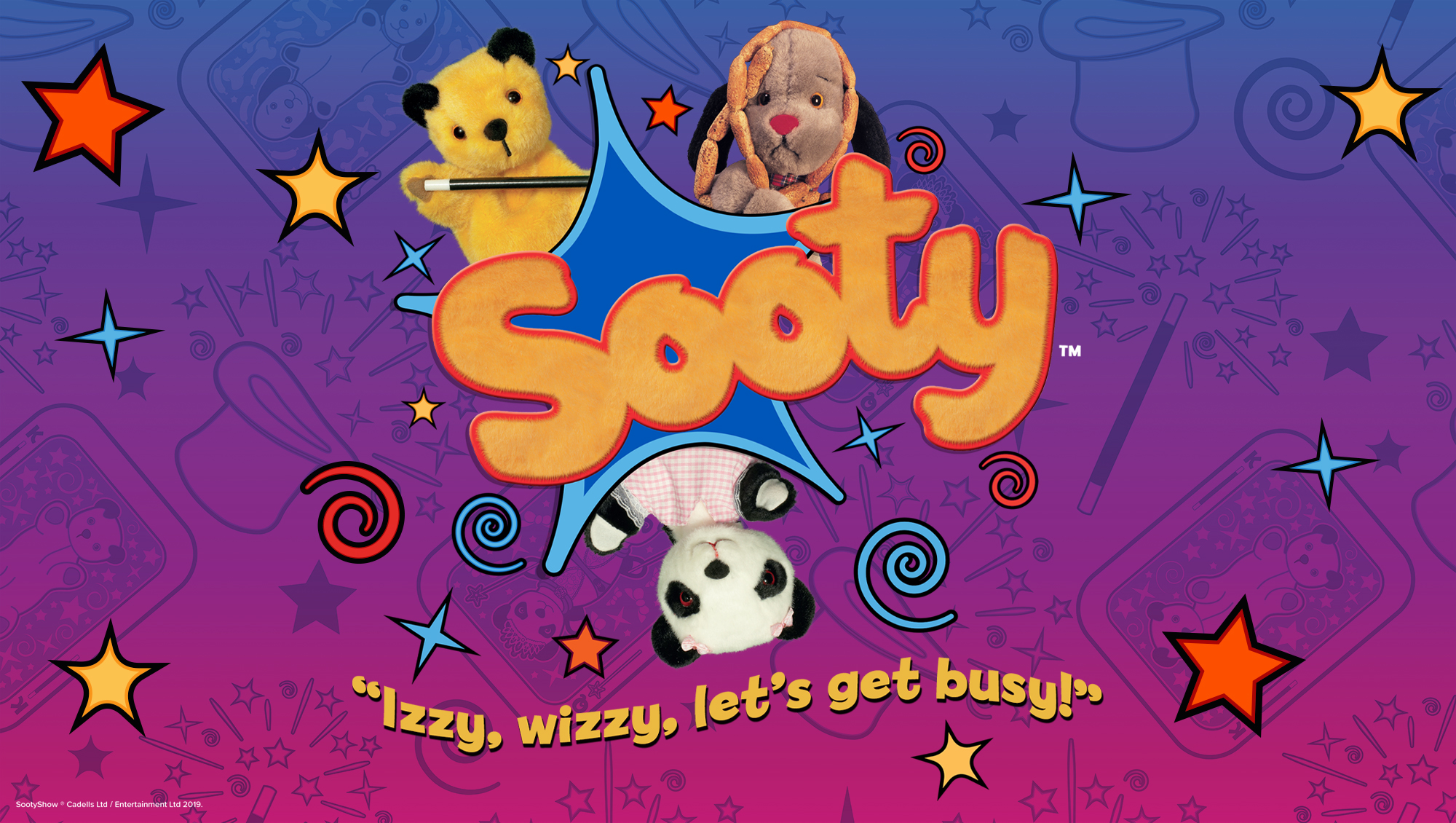 A children’s comedy show with puppets, Sooty, Sweep and Soo.

Sooty is the longest-running children’s TV show in the world and has enjoyed a record-breaking run on British television, and continues to air on ITVBe to this day.

Having been discovered by the legendary Harry Corbett on Blackpool’s North Pier in 1948, Sooty shot to national fame after a stint on the BBC’s Talent Night in 1952.

In 2008, the rights to Sooty were purchased by Richard Cadell – a children’s entertainer and a magician who made a guest appearance on The Sooty Show in 1985.

Since taking over as Sooty’s right-hand man, Richard has produced three brand new series of the show, along with national tours, regular stints at Hyde Park’s Winter Wonderland, and a special Christmas show at the Garrick Theatre in London’s West End.

After 70 years, Sooty is in excellent shape for an in-demand teddy bear.