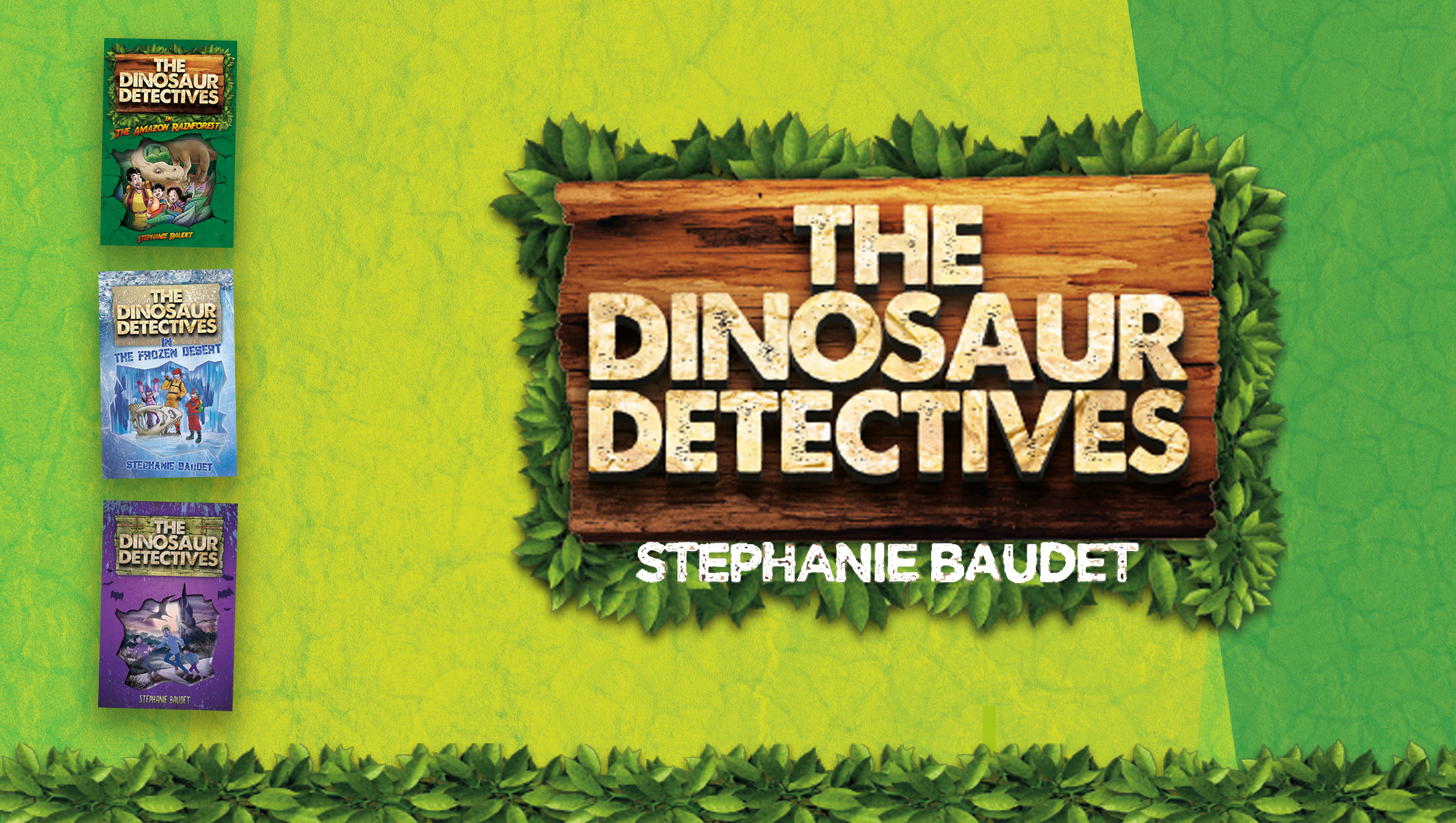 The Dinosaur Detectives in The Amazon Rainforest

The Dinosaur Detectives is a fun filled adventure series following the story of Matt Sharp and his family as they hunt for dinosaur eggs. This fact meets fiction series is great for the young explorer.

Matt Sharp has a secret talent: if he touches dinosaur eggs, he experiences mysterious visions of the prehistoric world. This is lucky because Matt wants to be a palaeontologist just like his dad. Now that he’s twelve, he’s allowed to join his father on an exciting search for dinosaur eggs in the Amazon rainforest – too bad his annoying eleven-year-old cousin, Jo, is tagging along. Even worse, it looks like Matt’s dad’s rival is following them! Who will win the race and find the fossils first?

The Dinosaur Detectives is a fun filled adventure series following the story of Matt Sharp and his family as they hunt for dinosaur eggs. This fact meets fiction series is great for inspiring the young explorer and particularly popular amongst readers aged 7+. Dinosaur lovers can head to www.sweetcherrypublishing.com for more activities and fun.

“My son loved this. He loves dinosaurs so this was a sure win with him, but now he wants to be a palaeontologist too. Good stuff that my son really lapped up and wanting more.” – David Stringer, NetGalley

Stephanie was born in England before emigrating to Australia – and later New Zealand – with her family, where she trained as a nurse. Whilst back in England on holiday, she met and married her husband, had a daughter and settled down. Stephanie’s lifelong interest in writing became more serious when her first children’s book, Avalanche, was published in the 1980s. Since then, she has had around forty children’s books published, and has also published an historical novella for adults.