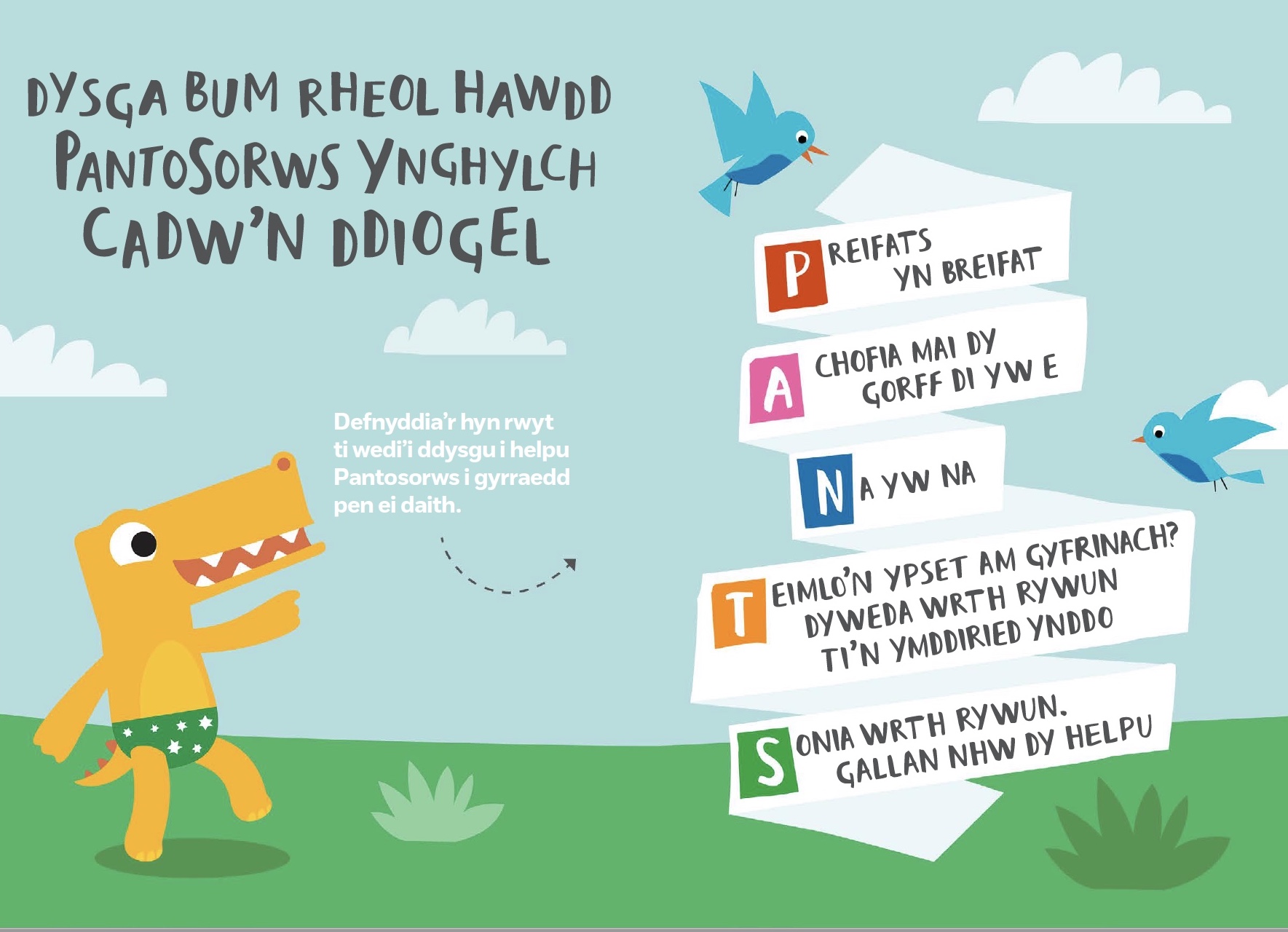 We are delighted to announce a partnership with S4C for the Welsh version of the NSPCC’sPantosaurus video for their website ‘Cyw’ https://cyw.cymru/ in a five year agreement which also includes the option for broadcast.

Developed for young viewers, the site is full of games, songs, colouring and activities and the video together with the guidelines and an activity pack will feature under the ‘Grown-ups’ tab – https://www.s4c.cymru/en/cyw/grown-ups/

S4C’s aim is to deliver high quality content and media services in the Welsh language, through its linear channel, its online player, S4C Clic and also through short form content on various social media platforms..

The NSPCC worked with Aardman Animations, best known for being the team behind the famous Wallace and Gromit films, to create the PANTS song and video.

Featuring Pantosaurus, a bright yellow friendly dinosaur, and his family and friends in colourful animated games and dancing, the two-minute infectious, upbeat song and catchy lyrics convey the important message in a fun, engaging way that once heard, is never forgotten!

The video forms part of the #TalkPANTS campaign that gives parents, carers and teachers the support they need to explain the PANTS rule to young children aged 4-8 in a simple and age-appropriate way, without using any scary words.

“We are delighted to be working with S4C to help build further awareness of Pantosaurus and his important message in Wales,”said Denise Deane, Founder of Edutainment Licensing.

“We are thrilled to be part of this initiative and support the NSPCC campaign to ensure that young children can be confident about their bodies and rights. We look forward to welcoming Pantosaurus to our Cyw family soon.” said Sioned Wyn Roberts, S4C’s Children’s Commissioner.