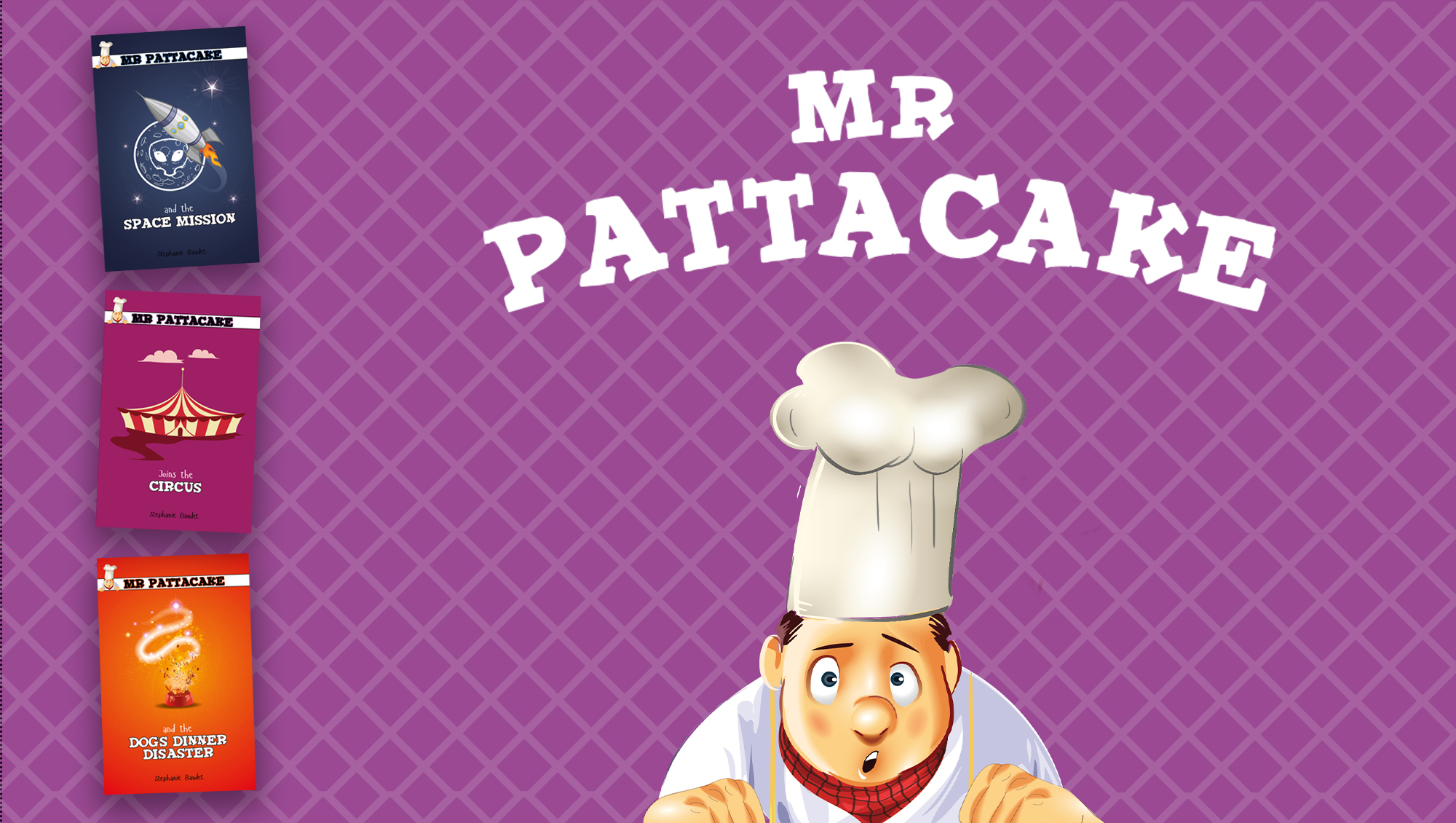 Mr Pattacake and the Space Mission

Across 10 hilarious stories, Mr Pattacake finds himself in the craziest situations. Whether they are in space or Buckingham palace, Mr Pattacake and his cat Treacle try and save the day with their culinary creations.

Mr Pattacake and his ginger cat Treacle have been invited to join a mission into outer space! Whilst the scientists collect samples from the planet Collywobble, Mr Pattacake tries to show the Collywobblians what food from planet Earth is like. But as ever with Mr Pattacake, disaster strikes and he must find a way to rescue the mission and save Treacle from the evil CATerpillar! Join Mr Pattacake and his lazy cat, Treacle, as they go into space, chase a floating pile of vomit and discover some delightfully disgusting dishes.

The Mr Pattacake 10 book series tells the stories of an eccentric chef and his cat, Treacle, who are always getting themselves into sticky situations. Readers aged 5+ will love following this world of food and adventure.

“The books are full of funny, bizarre characters and disastrous adventures, written with a good sense of humour.” – A Mum

Stephanie was born in England before emigrating to Australia – and later New Zealand – with her family, where she trained as a nurse. Whilst back in England on holiday, she met and married her husband, had a daughter and settled down. Stephanie’s lifelong interest in writing became more serious when her first children’s book, Avalanche, was published in the 1980s. Since then, she has had around forty children’s books published, and has also published an historical novella for adults.