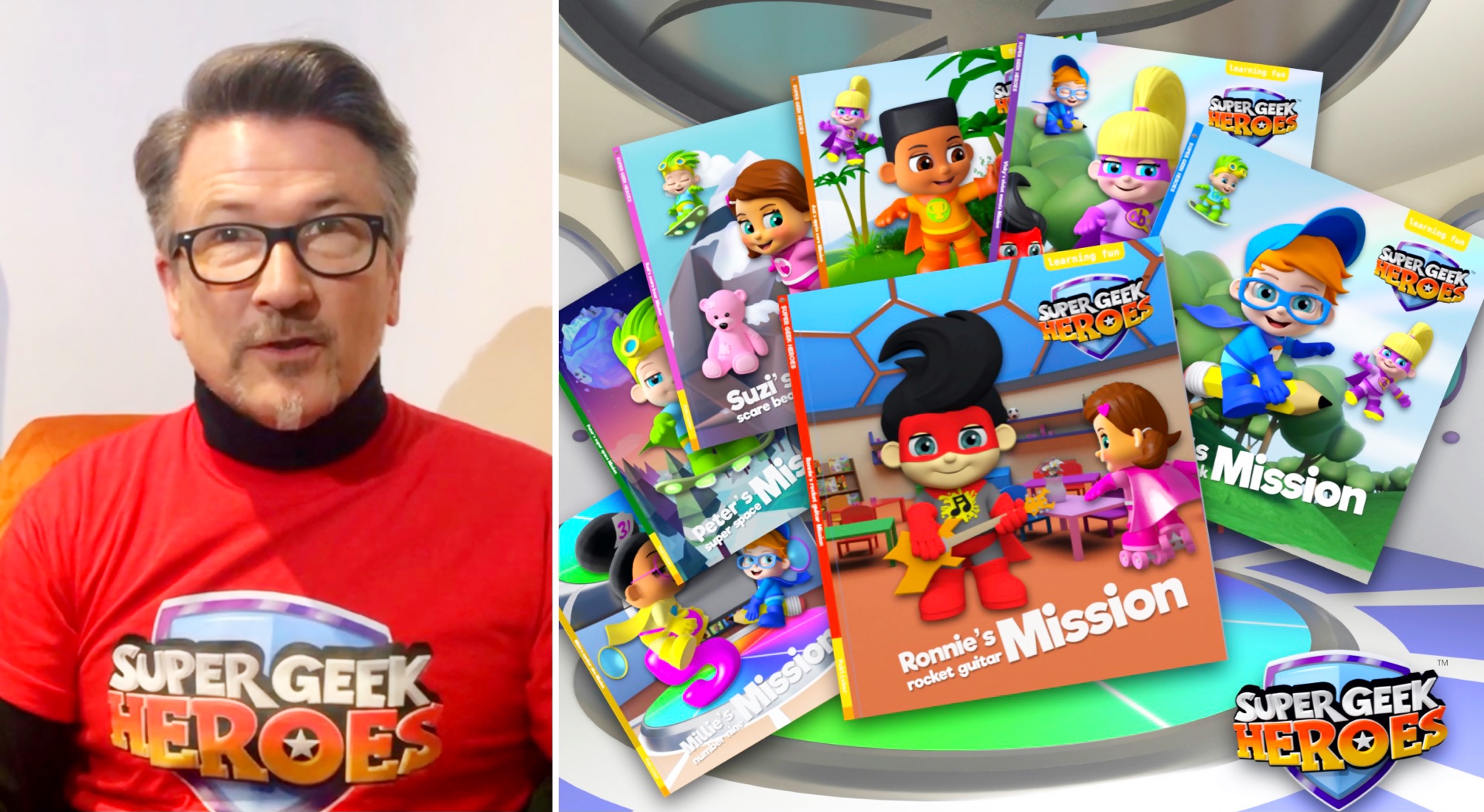 Each adventure story features one of the main characters with all the other Super Geek Heroes helping to solve a ‘mission to learn’. The read-aloud picture book videos introduce the listeners to the characters wider world whilst at the same time delivering a core message in a fun and engaging way that relates to the key development areas within the Early Years Foundation Stage.

We are thankful for the overwhelming support of these world class platforms. Reading aloud to children has been shown to improve reading, writing and communication skills as well as inspire a lifelong love of reading and we are delighted to be introducing children to the super exciting world of Super Geek Heroes!