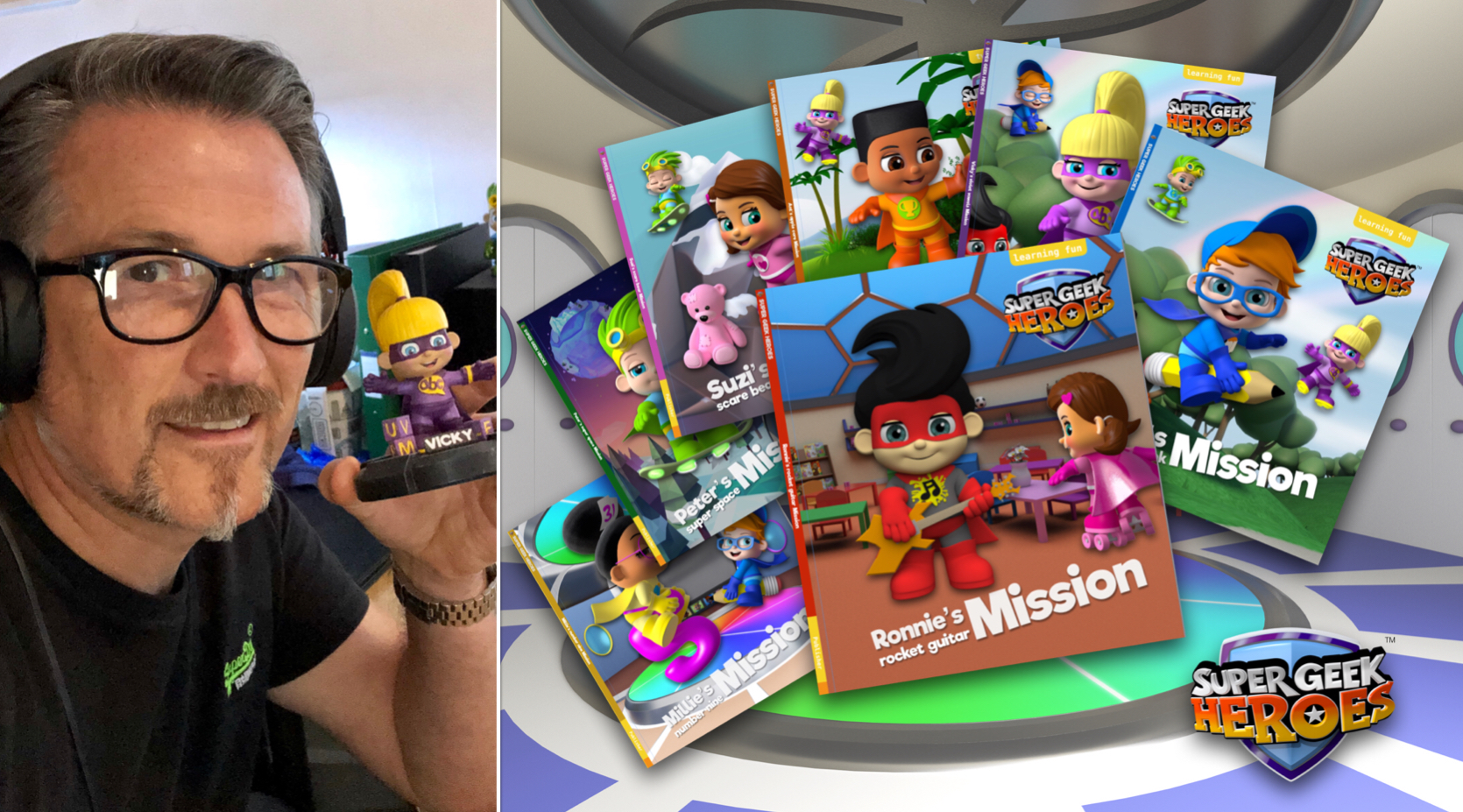 With children at home and parents and teachers looking for educational activities to engage with, David Lawrence Jones has produced seven read-aloud videos of the Super Geek Heroes picture books to coincide with National Storytelling Week that runs from January 30th to February 6th 2021.

David is the Author and Producer of the popular preschool 3D animation show Super Geek Heroes, which can be viewed on digital platforms throughout the world, is reading all seven early years picture books suitable for children aged 3 to 6 years of age.

Each adventure story features one of the super heroes and introduces the listeners to their wider world whilst at the same time delivering a core message in a fun and engaging way that relates to the key development areas within the Early Years Foundation Stage.

We are thrilled that David has undertaken this initiative, these stories are certain to delight fans of the show.

Super Geek Heroes is an animated series featured on SVoD, VoD, Smart TV Apps and OTT platforms around the world. The series educates and entertains children while enhancing their development through preschool and early years education.